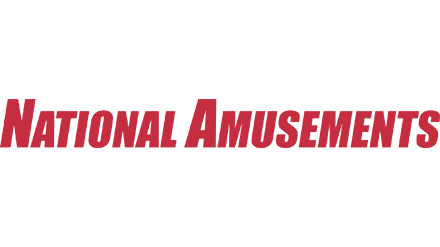 The “Dan Fellman Show ‘E’” award, formerly known as the “Show ‘E’” award, was renamed in 2015 to honor long-time Warner Bros. Distribution Chief Dan Fellman and to celebrate his impressive 38-year career. Each year the award is presented to an industry member or company in honor of their achievements, accomplishments, dedication, and longevity in the industry.

“We are extremely honored to present National Amusements with this award at ShowEast this year,” stated Andrew Sunshine, President of the Film Expo Group. “For over 80 years, National Amusements has been a leader in the industry led by Mark Walukevich, Duncan Short and Bill LeClair. We congratulate them on this award.”

Walukevich began as an advertising assistant in 1980 with National Amusements before moving into the film booking department. In 1988 Walukevich became the company’s head film buyer in the UK where he played an integral part of the Showcase brand international expansion. He spearheaded negotiations to eliminate the practice of barring, thus opening up the market for continued expansion of the multiplex concept. In that same year, Walukevich was promoted to Vice President of International Film. Walukevich continued to lead the company’s international expansion in Chile, Argentina, Russia and Brazil. He was promoted to Senior Vice President of International Film in 2012. Most recently, his title was changed to Senior Vice President Film and Event Cinema Worldwide to highlight his ever-expanding role with National Amusements.

Short joined National Amusements in 1987 as the company’s first international employee. When Short joined the National Amusements’ team, he initially trained at Showcase Cinemas Warwick before returning home to open the company’s first UK location in Nottingham in June 1988. Short continued to oversee international operations from the UK until 1998, when he transferred to the corporate home office outside of Boston. Short was soon promoted to Director of Operations – International Theaters, continuing his involvement in the expansion of the circuit in the US and Russia. Since 2015, Short has overseen the operations of all National Amusements cinemas across the world, uniting the company’s territories under one operational strategy. In 2016, Short was promoted to Senior Vice President of Operations, in which he continues to lead all of the company’s theatrical operations. LeClair’s 39-year history with National Amusements began in 1977 when he joined the company as an usher. In 1989,
LeClair joined the operations department as director, overseeing more than 100 indoor theatre locations, drive-ins, and flea markets. In 1997, LeClair was asked to join the rapidly expanding food and beverage team to help develop alternative and luxury dining options, including in-seat dining and alcohol service. Today as Senior Vice President, Food and Beverage, he oversees the operations of all F&B business in four countries representing more than 925 screens.

About Showcase Cinemas
Showcase Cinemas is a world leader in the motion picture exhibition industry, operating more than 935 movie screens in the U.S., U.K., Argentina and Brazil under the Showcase, Cinema de Lux, Multiplex and SuperLux brands. Offering the best in comfort, dining, technology and customer service at its 29 U.S. theatres, Showcase Cinemas delivers a premier movie-going experience to guests of all ages. With amenities including reserved seating, power-operated recliners, lobby bars that allow guests to take a drink to their seat, full-service restaurants, and the premium formats XPlus, MX4D and IMAX® available at many locations, Showcase allows guests to truly customize their movie-going experience. For additional information about Showcase or to view showtimes and reserve tickets, please visit showcasecinemas.com.