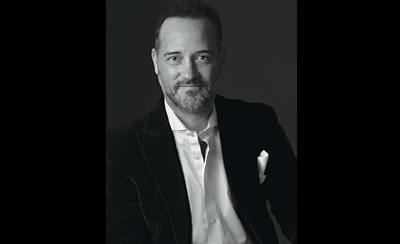 MIGUEL MIER TO INTERNATIONAL EXHIBITOR OF THE YEAR AWARD AT SHOWEAST

NEW YORK, NY, APRIL 2022 – Miguel Mier, Chief Operating Officer at Cinépolis, will receive this year’s International Exhibitor of the Year Award at ShowEast. He will be presented with this special honor as part of the International Awards Luncheon on Monday, October 17 at the Loews Miami Beach Hotel.

“We are extremely honored to present Miguel with this award at ShowEast this year. There is no better example in our business that truly represents what this award is all about” stated Andrew Sunshine, President of the Film Expo Group. “Miguel’s leadership and commitment to Cinépolis has made it the company it is today.”

Miguel is the Chief Operating Officer at Cinépolis, the largest cinema chain operator in Latin America and the third largest worldwide with 6,728 screens in 17 countries across America, Europe & Asia.

Miguel started his career in Cinepolis in 1994 as head of IT, developing and implementing the first Mexican software for operating theatres. Since 2003, in his current position as COO, he manages Operations, Film Booking, Marketing, IT, HR, Sales, and International Operations.  During Miguel’s tenure as COO, Cinépolis has evolved from a company running 390 screens in Mexico to a company with 6,728 screens in four continents.

Miguel launched the international operations in Costa Rica, Guatemala, and Panama before going to study an MS in Management at Stanford GSB in 2006. While at Stanford GSB, Miguel wrote a business plan to expand Cinépolis to India. That academic research paper served as a framework for Cinépolis’ International growth not only to India but also to Brazil, Chile, Spain, and the USA.  In 2014 he was appointed as a non-family board member. In 2017 he produced the first feature film from an Indian movie in Mexico: “Tres Idiotas” the Mexican remake of the Bollywood Blockbuster “Three Idiots.”  In 2019 he produced for Cinépolis Productions the Mexican remake of the Italian hit “Perfect Stangers.”

Since 2015 Miguel teaches “Film Exhibition Management” at the Masters in Entertainment Industry Management at Carnegie Mellon University in LA.

In January 2020, he graduated from an MFA program in Creative Writing from Queens University in Charlotte, NC.