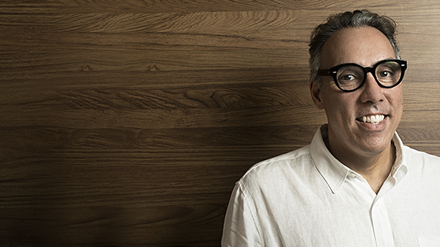 NEW YORK, NY – Marcio Fraccaroli, CEO of Paris Filmes, will receive this year’s “International Distributor of the Year Award” at ShowEast. Fraccaroli will be presented with this special honor as a part of the International Awards Luncheon on Tuesday, October 18 at the Fontainebleau Miami Beach.

“ShowEast is thrilled to honor Marcio for all he has done throughout his career as a respected and admired international distribution executive at Paris Filmes,” said Andrew Sunshine, Vice President of The Film Expo Group. “He is a dedicated leader whose passion and commitment has helped distribute films in Brazil. We congratulate Marcio on this richly deserved honor.”

Fraccaroli was born in São Paulo, Brazil in 1966 and graduated from the School of Advertising and Marketing at Escola Superior de Propaganda e Marketing in Brazil. He also has a postgraduate degree from Fundação Getúlio Vargas. Fraccaroli started his career in film at age 13 when he joined Cia and worked there for 17 years. Thereafter, Fraccaroli joined Paris Filmes as Marketing Manager and later got promoted to General Manager of the company.

In 2000, he left Paris Filmes and became a partner of Imagem Filmes, local distributor of cinema, and the International AB, VHS and DVD distributor. Fraccaroli was the Commercial Director and responsible for the acquisitions of companies, both in the area of cinema as well as video and TV. In 2004, Fraccaroli returned to Paris Filmes as owner and major shareholder of the company. In 2008 Paris Filmes started performing in the market as co-producer. That move led by Fraccaroli skyrocketed the company into national prominence and set the stage for the company’s future.

In 2014 Fraccaroli opened a private studio named Paris Produções that is used to make films, which is handled by the production company. Headed by Fraccaroli, the firm has produced films like Carrossel – O Filme and Carrossel 2: O Sumiço de Maria Joaquina. From 2011 to 2016, Paris Filmes has increased their market share and has been in the top 3 lists of film distributors in Brazil. In 2012 and 2013 the company had the best performance in Brazil from all distributors. Currently, Paris Filmes has 90% of market share in local productions and established a national record in the box office with Os Dez Mandamentos, a local production that brought 11 million people to the movie theaters.