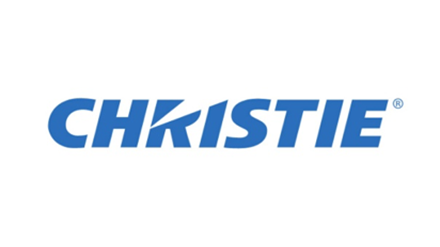 CYPRESS, Calif. – (November 12, 2018) Christie®, a leader in creating and delivering the world’s best visual and audio experiences, is proud to have been chosen as the official projector partner for CineAsia 2018, taking place at the Hong Kong Convention and Exhibition Centre from December 10 to 13, 2018.

Christie has been a regular participant in CineAsia over the years, as it is the only Pan-Asian convention dedicated to the cinema exhibition and distribution communities in the region. It brings together professionals from across the film industry, including cinema owners, suppliers, film buyers and distributors. As the official projection provider, Christie will make available the latest cinema technologies and industry-leading solutions in the support of this prestigious event, including a CP4325-RGB cinema projector for Theatre One at the show.

“We are delighted to partner with Christie, an industry giant, at CineAsia,” said Andrew Sunshine, President of The Film Expo Group, the premier organizer of events in the motion picture industry. “All major product presentations and screenings will be illuminated by Christie projection technology in Theatre One over the duration of CineAsia, and we are confident that attendees will be delighted by the cinematic excellence shown by Christie, to the benefit of this huge marketplace.”

Lin Yu, Vice President, Cinema Sales for Asia, Christie, commented, “It’s a great pleasure to deepen our support of CineAsia as its exclusive cinema projection provider. With more than half a century of experience in cinema, Christie’s unique wealth of knowledge and expertise places us in good stead to meet the changing requirements of filmmakers, production houses and exhibitors, as well as audience demands for epic cinematic experiences. We are committed to deliver the best possible image on screen with our cinema solutions featuring RealLaser™ illumination, ensuring that all audiences will enjoy an immersive and highly satisfying cinema experience.”

In addition, Christie will also be presented with a “Special Recognition Award” during the four-day event to recognize the continued outstanding support of Christie Technical Services.

Christie’s cinema heritage and history of innovation makes it the preferred vendor among Asian and global exhibitors, based on its strong technology leadership and significant achievements made in areas such as RGB pure laser projection and cinema audio. The company has also consistently served as the projection partner for other conferences and renowned film festivals around the world, including the Cannes Film Festival, Shanghai International Film Festival, and the Toronto International Film Festival.

All major screenings and product presentations at CineAsia will be powered by a Christie CP4325-RGB cinema projector, which delivers a premium movie-going experience to mainstream theatres. Featuring CineLife™ electronics and RealLaser™ illumination, this compact, all-in-one DCI-compliant projector excels in image quality and operational lifetime, while providing a low cost of ownership.

Using discrete, dedicated red, green and blue laser, Christie RealLaser offers solid state illumination for cinema exhibition with a much increased color palette, approaching Rec. 2020 and over 30,000 hours of theatre operation without lamp changes. It is the only laser technology to offer brightness levels above DCI standards throughout its natural life. Its first model, the CP4325-RGB, was launched in December 2017. Christie will also officially launch 2K versions of its RealLaser family of cinema projectors – the CP2315-RGB and CP2320-RGB – during CineAsia 2018 (details to be announced at the show).

About Christie®
Christie Digital Systems USA, Inc. is a global visual technologies company and is a wholly-owned subsidiary of Ushio, Inc., Japan, (JP:6925). Consistently setting the standards by being the first to market some of the world’s most advanced projectors and complete system displays, Christie is recognized as one of the most innovative visual technology companies in the world. From retail displays to Hollywood, mission critical command centers to classrooms and training simulators, Christie display solutions and projectors capture the attention of audiences around the world with dynamic and stunning images. Visit www.christiedigital.com.

Christie® is a registered trademark of Christie Digital Systems USA, Inc., registered in the United States of America and certain other countries.