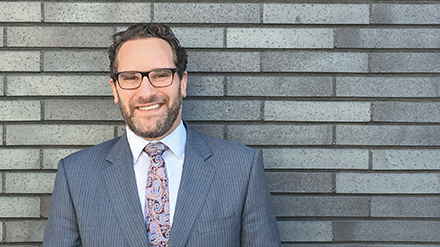 NEW YORK, NY – Spencer Klein, Executive Vice President and General Sales Manager of Twentieth Century Fox, will receive this year’s “Dan Fellman Show ‘E’ Award” at ShowEast. Klein will be presented with this special honor as a part of the Final Night Awards Ceremony hosted by the Coca-Cola Company on Thursday, October 20 at the Fontainebleau Miami Beach.

The “Dan Fellman Show ‘E’ Award” formerly known as the “Show ‘E’ Award” was renamed in 2015 to honor long-time Warner Bros. Distribution Chief Dan Fellman and to celebrate his impressive 38-year career within the industry. Each year the award is presented to an industry member or company whose achievements, accomplishments, and dedication to the industry are unequalled.

“We are extremely honored to present Spencer Klein with this award at ShowEast this year. Klein’s continued dedication and commitment to advancing the movie going experience is second to none,” stated Andrew Sunshine, Vice President of The Film Expo Group. “For 19 years, Klein has been a leader in the industry and we congratulate him on this award.”

As Executive Vice President and General Sales Manager, Klein oversees the theatrical sales for all Fox releases in the US and Canada. Over the span of his 19-year career in the film business, Klein held positions in both exhibition and distribution. After receiving a BA from Indiana University, he began his career in film in New York City at New Line Cinema. Klein moved into exhibition at Loews Cineplex Entertainment as a film buyer, while earning his MBA from Fordham University in 2005. He then transitioned back into distribution at The Weinstein Company, initially as Eastern Division Manager, and then as General Sales Manager, overseeing sales and research.

In 2008, Klein moved back into exhibition, forming The Film Group, as Chief Film Officer representing Rave and Bow Tie Cinemas film buying teams in Dallas, TX. He relocated to Los Angeles in 2012 into his current role at Twentieth Century Fox. Klein dedicates time to various charities including Will Rogers Pioneers and The Section 16H Group, with his childhood friends from his hometown in New York.

Klein currently resides in Santa Monica with his wife and three sons.