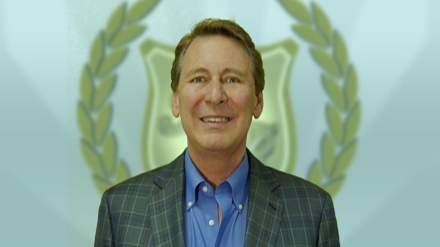 NEW YORK, NY – Robert Bagby, President & CEO of B&B Theatres, will receive this year’s “Al Shapiro Distinguished Service Award” at ShowEast. Bagby will be presented with this special honor as a part of the Final Night Awards Ceremony hosted by the Coca-Cola Company on Thursday, October 20 at the Fontainebleau Miami Beach.

Each year, the Al Shapiro Distinguished Service Award honors a person who represents the ideals and standards that the late Al Shapiro set during his unparalleled career. The award epitomizes his dedication, care and concern for the betterment of people within the motion picture industry.

“We could not have chosen a more deserving individual to recognize with this year’s Al Shapiro Award,” said Andrew Sunshine, Vice President of The Film Expo Group. “Bob is a family man and a well respected leader at B&B and his dedication and hard work to not only his circuit, but the entire film industry is to be commended and celebrated.”

Bagby was born into the movie business and spent his youth working every aspect of the exhibition industry. Upon graduating from Kansas State University in 1979 with a B.S. in Business Administration and Accounting, Bagby assumed the helm of the family’s growing theater chain as CEO in 1980, combining his own unique style of employee-centric management with the tried-and-true traditions of his father Sterling Bagby and his father-in-law Elmer Bills, Jr.

Since he took on the role of CEO in 1980, Bagby led the circuit from a small, regional 17-screen circuit into the 9th largest circuit in North America, currently operating 50 locations and 407 screens. Bagby and Bridget, his wife of 36 years, who is also the child of theater pioneers, represent the third generation of ownership in the family company that dates back to 1924. Bagby and Bridget have three adult children in the business who plan to take the company into the fourth generation.

In addition to his significant responsibilities at B&B Theatres, Bagby has served as President of the National Association of Theatres Owners of Kansas & Missouri and is currently on the Convention Committee for CinemaCon, the largest industry convention in the world.

Bagby was also instrumental in bringing the Show-A-Rama convention back to life in Kansas City in 2013. Bagby and B&B are also stalwart and committed supporters of Variety: The Children’s Charity, a nationwide organization benefitting disabled or underprivileged children all over the country.

Bagby was an original board member of Freedom House and held the kick-off event at the Liberty Cinema that helped raise over a million dollars. Bagby also recently co-chaired his church building committee which raised over three million dollars. Bagby feels blessed to enjoy such overlap between business and family, and is optimistic and enthusiastic for the future of B&B Theatres. And with three grandchildren to his name, the fifth generation of B&B leadership may already be up-and-coming!