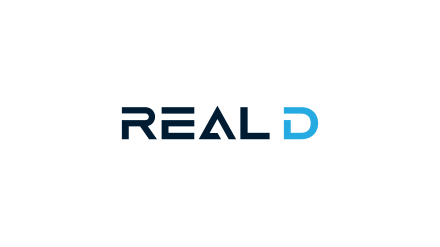 RealD will exclusively screen all of the studio’s 3D feature film previews and presentations in the 1400 seat CCIB Auditorium using its innovative 3D technology.

John Trafford-Owen, Managing Director of RealD Europe said “RealD is proud to support CineEurope for the 14th consecutive year as the exclusive 3D provider, with our market leading 3D systems. The next 12 months features an amazing line-up of 3D films releasing only in cinemas and we are delighted to ensure that all 3D presentations for trailers and footage of these fantastic films are shown with the highest quality at the event.”

Andrew Sunshine, President of the Film Expo Group added “We are proud to announce RealD will be retaining its position as our exclusive 3D partner at CineEurope this year. The 2019/20 line up of 3D films is incredibly exciting this year and we’re looking forward to each production being shown on the leading screens in the industry”

At CineEurope 2019, over 3,000 cinema exhibition and distribution professionals from across Europe, the Middle East, Africa and Russia will assemble in Barcelona to view the latest upcoming cinema releases; discover new products, services, and technologies; and network with industry peers.