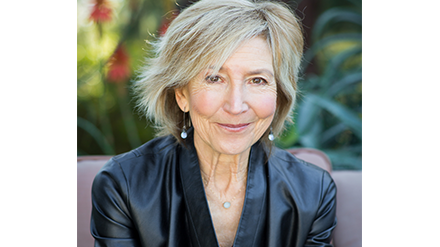 NEW YORK, NY – Lin Shaye will receive the Lifetime Achievement Award at CineAsia during the Sony Pictures Releasing International product presentation on 13 December at the Hong Kong Convention and Exhibition Centre. Shaye’s next film, Insidious: The Last Key, will be released in cinemas in Asia beginning in early January.

“It gives us great pleasure to present the Lifetime Achievement Award to Lin Shaye,” said Andrew Sunshine, President of The Film Expo Group. “Shaye has proven to be a trailblazer and a true icon within the industry and we congratulate her on this well-deserved honor.”

Steven O’Dell, president, Sony Pictures Releasing International, added, “Lin’s fans have turned out time and again to be thrilled by her dynamic and magnetic performances. We’re excited that CineAsia will be recognizing her incredible career in this way.”

Lin Shaye is an American film, theater, and television actress regarded as the “Scream Queen” due to her roles in the Insidious franchise, Nightmare on Elm Street, Amityville, and Ouija. In addition to starring in horror films, Shaye has proven to be successful in both of the horror and comedy genres. Shaye worked with the Farrelly Brothers (Dumb and Dumber), Woody Harrelson (Kingpin), Cameron Diaz (There’s Something About Mary), Cuba Gooding Jr. (Boat Trip), and Samuel L. Jackson (Snakes on a Plane).

About CineAsia
CineAsia will take place from 11-14 December 2017 at the Hong Kong Convention & Exhibition Centre in Hong Kong. The CineAsia trade show is where cinema exhibition and distribution professional come to do business and network. The convention will also feature product presentations and screenings of major upcoming films, exclusive sponsored events, and seminars relating to current and future trends happening across the industry.

About Hong Kong Tourism Board
The Hong Kong Tourism Board (HKTB) is the supporting organization of CineAsia. The Hong Kong Tourism Board is a government-subvented body tasked with marketing and promoting Hong Kong as a travel destination and enhancing visitors’ experience once they have arrived. In fulfilling its objectives, the HKTB organizes comprehensive campaigns and a year-round programme of events, which also serve to provide a business platform for travel-related sectors. The HKTB also established Meetings and Exhibitions Hong Kong (MEHK) to strengthen the city’s position as the prime destination for meetings, incentive trips, conventions, and exhibitions (MICE) in Asia. MEHK offers extensive support services that make MICE events simple to setup and smooth to execute.