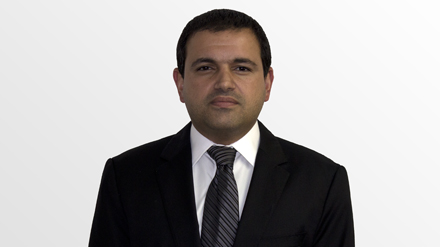 NEW YORK, NY – Habib Osman, CEO and General Director of Royal Films, will receive this year’s “International Exhibitor of the Year Award” at ShowEast. Osman will be presented with this special honor as a part of the International Awards Luncheon on Tuesday, October 18 at the Fontainebleau Miami Beach.

“ShowEast is thrilled to be able to honor Habib Osman for his remarkable work as an industry leader,” said Andrew Sunshine, Vice President of The Film Expo Group. “Under his leadership and direction, Royal Films has become one of the most innovative and profitable circuits in the region. We congratulate Osman on this well-deserved honor.”

Osman was born in Barranquilla, Colombia and holds a Business Administration Degree and a Master in Finance from the Universidad del Norte. Habib has dedicated all his life to the exhibition of films and started his career in the industry at age 18 as a theater manager. Osman grew in the company to become the Chief Financial Officer, and held the position from 2001 until 2008. In 2008, Osman was promoted to Business Director and in 2010, he became the Chief Executive Officer and General Director of Royal Films.

Royal Films was founded in 1974 in Barranquilla, Colombia. Since the beginning, Royal Films dedicated its efforts to the distribution of films and operated theaters in the cities of Barranquilla and Cartagena. In 2002, Royal Films achieved its first multiplex cinema in the city of Bucaramanga. Since 2011, the company experienced its greatest growth by going from 70 to 218 screens.

Currently, Royal Films is the second largest company in ticket admissions and the first with the most physical presence in Colombia, with coverage of 43 multiplexes, 218 screens, and 35,206 seats in 27 cities. In September 2016, Royal Films began its International expansion by opening their first multiplex cinema in the City of Panama. The company currently offers VIP, Plus, and Ultra (Big Screen) Format screens, and will be opening their first 4DX in October 2016.