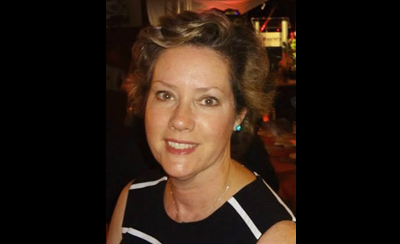 NEW YORK, NY, JULY 2021 – Elizabeth O’Neil: Executive Director, Variety, The Children’s Charity of Southern California, will receive this year’s Al Shapiro Distinguished Service Award at ShowEast. She will be presented with this special honor as part of the Final Night Awards Ceremony hosted by The Coca-Cola Company on Thursday, November 11 at the Loews Miami Beach Hotel.

Each year, the Al Shapiro Distinguished Service Award honors a person who represents the ideals and standards that the late Al Shapiro set during his unparalleled career. The award epitomizes their dedication, care and concern for the betterment of people within the motion picture industry.

“We are thrilled to honor Elizabeth with this award at ShowEast this year. There is no better example in our industry that truly represents what the Al Shapiro award is all about” stated Andrew Sunshine, President of the Film Expo Group. “Her dedication, service and commitment to our community is second to none.”

Elizabeth O’Neil, Executive Director of Variety, The Children’s Charity of Southern California Tent 25, was born in Milton, Massachusetts, a suburb of Boston. Elizabeth’s love of movies is rooted in fond memories of fun Saturday nights when she and some, or all, of her 9 siblings would load into the family station wagon and head to a drive-in.

Ms. O’Neil began her career at USA Cinemas in Boston in 1986 as a co-op advertising coordinator.  Being buried in Boston Globe “tear sheets” did not dampen her love of cinema marketing and she eventually moved to New Jersey when Loews Theatres acquired USA Cinemas.  Loews became the Sony Theatre Corporation (now AMC Theatres), and Elizabeth moved up the ranks to the position of Director of In-Theatre Marketing at the Fifth Avenue home office before relocating to Los Angeles in 1997 to join Theatrical Entertainment Services (TES), a Los Angeles based company specializing in market research for the motion picture industry. As the Senior Vice President of Sales and Client Relations for TES, Ms. O’Neil helped oversee the European expansion of the company when it was purchased by TNS Media Intelligence, a worldwide market research firm. She moved to Technicolor Cinema Distribution and held the position of Vice President of Client Relations for a year and a half before returning to TES where she was asked to join the Board of Directors at Variety, the Children’s Charity of Southern California. Ms. O’Neil was a member of the Board of Directors of Variety of Southern California for 3 years before assuming the role of Executive Director in 2008. While at Variety of Southern California, Ms. O’Neil has overseen the organization’s growth from a 2-star to the highest 4-star rating on Charity Navigator.

In addition to her passion for Variety, the Children’s Charity, Ms. O’Neil is on the Board of Directors of STEP – Success Through Education Program and is an avid supporter of several dog rescue organizations.

Ms. O’Neil graduated from the University of Notre Dame in South Bend, Indiana in 1984 and received her Master of Arts Degree from Emerson College in Boston in 1986.