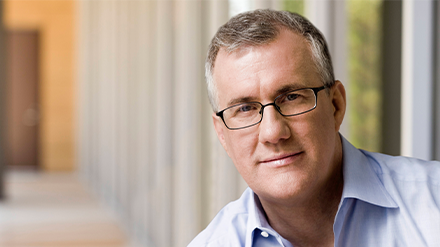 NEW YORK, NY – David Linde, CEO of Participant Media, will be honored with this year’s “Bingham Ray Spirit Award” as a part of the ShowEast Final Night Awards Ceremony sponsored by the Coca-Cola Company on Thursday, October 17, 2019 at the Fontainebleau Miami Beach.

The Bingham Ray Spirit Award was established in 2012 in honor of the late Bingham Ray, one of the most beloved people in the independent film world. Each year, the award is bestowed upon an individual who has shown exemplary foresight and creativity in the world of independent film.

“It is with great pleasure that ShowEast will honor David with the Bingham Ray Spirit Award,” stated Andrew Sunshine, President of The Film Expo Group. “David’s passion for independent film has brought some of the most successful, important and talked-about indie films to the masses. We congratulate him on this well-deserved honor.”

Linde is the CEO of Participant Media, the leading global media company dedicated to entertainment that inspires individuals to engage in positive social change. Linde is responsible for leading the Company’s overall strategy, content creation, advocacy, operations, strategic investments and acquisitions. Participant Media’s content and social impact mandate speaks directly to the rise of today’s “conscious consumer,” representing over 2 billion consumers who are compelled to make impactful content a priority focus. Linde helped lead Participant Media toward an historic year recently, receiving 17 Academy Award® nominations — the most ever for the Company — resulting in wins for Best Picture (Green Book), as well as Best Director and Best Foreign Language Film (both for ROMA). Other noteworthy films from Participant include Oscar® winner for Best Documentary Feature An Inconvenient Truth, Oscar® winner for Best Foreign Language Film A Fantastic Woman, as well as acclaimed, award-winning content including Steve James’ docuseries America To Me, Oscar®-nominated RBG and Sundance winner The Price of Free.

Linde’s background spans production, global distribution and building multiple companies from the ground up. In the past, Linde served as chairman of Universal Pictures, where he successfully championed a broad outlook regarding international productions, animation and family entertainment, and distribution. He was co-founder of acclaimed specialty film studio Focus Features, formed from Universal’s acquisition of the independent production company Good Machine, of which he was a partner. Ray and Linde collaborated closely during that time when Ray was a principal of October Films and Linde served as President of Good Machine International, which represented overseas markets for all of October Films’ productions. Prior to Participant Media, Linde was the CEO and owner of Lava Bear Films where he produced the Best Picture Academy Award®-nominated Arrival, from director Denis Villenueve.

About ShowEast
ShowEast will take place from October 14-17, 2019 at the Fontainebleau Miami Beach in Miami, Florida. The convention will attract an estimated 2,000 domestic and Latin American motion picture industry professionals and will feature product presentations and screenings of major upcoming films, exclusive sponsored events, exciting and informative seminars, and the ShowEast EXPO.